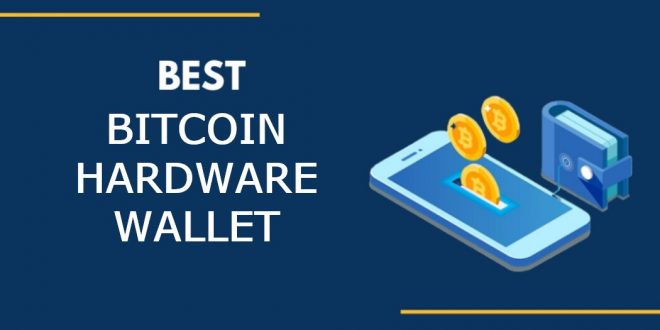 5 Best Bitcoin Hardware Wallets To Use In 2021 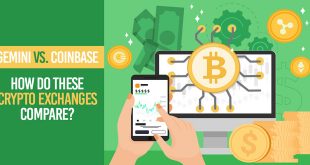 Coinbase Vs Gemini: An Expert Analysis On Best Crypto Exchanges 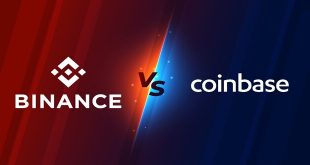 Binance Vs Coinbase: Which Is The Best For Beginners? 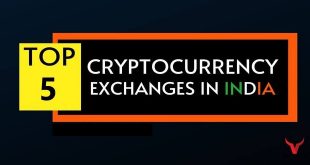 In the world of Cryptocurrency, there is no separate need to introduce Bitcoins. Bitcoins were created in 2009 but gained attention in the year 2017, experiencing enormous gains that became headlines all over the globe. With the advent of digital currency there came a need for a wallet for storing them. These wallets can be categorized into Bitcoin Hardware Wallets and Bitcoin Digital Wallet.

If you are having a plan to buy Bitcoins, then no other right time is going to come. This is the right time. But before buying you need to find a wallet where you can store all your Bitcoins (BTC). Now, these wallets may be of two types, either digital wallet or commonly known as hot wallet and cold wallet or physical wallet. Here in this article, we will look at the few best cold wallets to store your Bitcoins.

Which is the most popular Bitcoin Cold Wallet? Which wallets are safe for storing Bitcoins? – Here is your answer.

One of the famous Bitcoin Hardware Wallets named Ledger Nano X is the second generation Hardware wallet. Ledger is a French company that came into existence in 2014. This company is well known for making different types of hardware wallets. Its Nano S is one of the first hardware wallets and serves its purpose best.

Now coming to its physical appearances. Nano X looks like a USB drive and will connect to your device via USB or Bluetooth. This implies that in order to connect there is no need for a computer, the device can be easily connected to your Android or iOS. This device can store up to 1,500 cryptocurrencies, which is not a bad number.

Along with that, this device is made very user-friendly. It provides an interface to the users where it manages all the transactions of the user. Additionally, there are options, if the user wants he/she can add other different cryptocurrencies as well. This is currently the most popular hardware wallets for cryptocurrencies along with others.

As stated earlier, it is a first-generation hardware wallet that was designed by Ledger. It is one of the first hardware wallets that has ever been made. It was shortly followed by Trezor. Like Nano x, Nano S can also accommodate 1,500 cryptocurrencies. But it does not come with Type-C cable, so people with Type-C smartphones may face an issue.

Nano S is somewhat the same as Nano X except for a few characteristics. Like Nano X, Nano S also supports all types of Cryptocurrencies and also has access to ledger live software. Unlike Nano X, Nano S does not support Bluetooth connectivity and the wallet limit is 18 wallets. Despite that, Nano S has enough space to store the digital currency. Suppose the user deletes one cryptocurrency to make room for another cryptocurrency, then the user does not lose the deleted cryptocurrency. That one is stored in the blockchain.

Trezor like Ledger is a name that is well accustomed to crypto wallets. Model T is a second-generation hardware wallet. This model of Bitcoin Hardware Wallets is very similar to that of Ledger, it’s just that this model gives access to third-party exchanges like Changelly and Shapeshift directly from the interface of the website.

Just like its successor, this one is also a big name in the hardware wallet market. This model serves the users their U2F hardware token. Their display informs the users about the authentication request before the user approves it. This device supports the major operating systems: Windows, Mac, Linux. On mobile, it supports Android and iOS both. This device runs on a USB cable and is easily portable.

The Trezor One supports more than 1000 digital currencies altogether. From Bitcoin, Litecoin (LTC), Ethereum (ETH), Dash, Zcash (ZEC) everything is supported in this wallet.

It is one of the premier wallets which has a web-based interface that manages all the user’s crypto efficiently. Each device generates a recovery sentence during the time of initialization that helps retrieve your private keys. It has a sleek and simple design that attracts a lot of users. It supports nearly all cryptocurrencies in the world. It has a USB HID Class device. This device is virus and malware-proof. This is because this device does not have an operating system, so the layers where the malware and viruses attack does not exist.

Over the passage of time, cryptocurrency has become relevant and so the use of Bitcoin Hardware Wallets have increased. With the use, there has been an increase in the usage of various types of wallets. Primarily Digital wallets and Hardware wallets are used. Both of them have their pros and cons. Do good market research and then choose the one that is ideal for you.

Next 6 Upcoming Cryptocurrency Trends For 2021 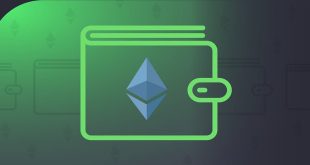 Top Ethereum Wallets That Will Make Your Crypto Holding Easy