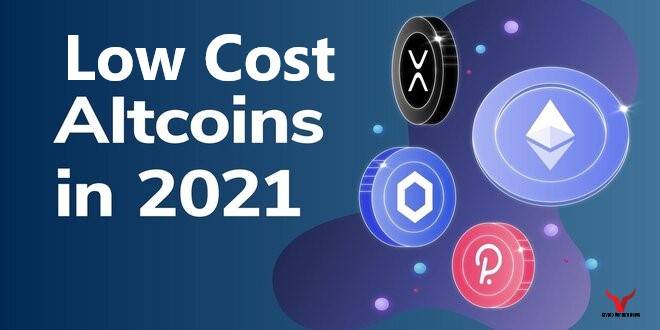 What Are The Low Cost Altcoins For Investing In 2021?

There has been a gigantic increase in the price of altcoins in 2021. So there is no surprise that the crypto market is looking for more low cost altcoins that can create new “crypto millionaires”. As a result of the recent sell-off in cryptocurrencies’, cheaper altcoins might look like lucrative assets due to their potential upside. Therefore, today we will discuss seven low cost cryptos that still have solid rising potential in the rest of the year.

In just a few days, many of the famous digital currencies are about 50% down from their all-time highs that were hit earlier in the year. For example:

The recent sell-off in the digital currency space is the biggest in more than a year. Yet, the rectification across cryptos should bring back interest within the investors who are looking for “penny” altcoins that have a chance to be the next Dogecoin.

Blockchain technology is a distributed ledger of all transactions running through numerous devices or nodes. This ledger uses software algorithms to document such transactions anonymously and with reliability. Smart contracts are pre-set agreements on blockchain platforms, which presently aim to grow ecosystems of decentralized applications where there will be no interference of any third party.

A research that has been led by Kirsten Wahlstrom University of South Australia puts forward the fact that,

“Blockchain enables the decentralized web by relying on a network of computers for distributing data. Each computer can act as a node, with power and memory on a distributed storage network system.”

Currently, there are two main ways for security and decentralization: Proof-of-Stake (PoS) and Proof-of-Work (PoW). Bitcoin uses a PoW system to verify blockchain transactions, which enlightens the users with the issue of “scalability.”

In computer language, scalability typically implies a system’s scope to handle a rising amount of work or transactions per second (TPS). It is often heard that Bitcoin is not scalable as it does not attain a high TPS.

Due to the fast changing market dynamics and improvements in technology, So in this list we will discuss the penny cryptocurrency to invest in 2021.

Before deciding anything you should be aware of the best altcoins to invest in 2021. So let us learn about the 7 cheapest Altcoins 2021 in detail.

Basic Attention Token (BAT) is a blockchain-based system that is known to attract the attention of media consumers online. Through Brave Rewards, which is built on BAT, publishers get paid for their content. Individuals can use a new browser, called Brave. Meanwhile, advertisers can target particular groups of users in these browsers more efficiently.

According to this platform,

The next low cost crypto, LINK is a token from Ethereum that powers the Chainlink network. According to its real whitepaper, Chainlink is a DON (Decentralized Oracle Network), or

“a group of independent blockchain oracles that provide data to a blockchain.”

Oracles are sources of information between the blockchain and the “original” world. In other terms, Chainlink links all the independent blockchain projects to real-world data. In its own words, Chainlink is working to address “the problem of interoperability and connectivity.”

Our next low cost altcoin, Chia, is not necessarily low-cost, or an altcoin under 1 cent. But it is a new digital currency that started transactions in early May. It is known as the best crypto under 1 cent 2021.

It has caught the attention of investors really fast who term it as a green alternative to Bitcoin. Bram Cohen, the founder of Chia, has also helped in setting up the BitTorrent (BTT) network.

Instead of the algorithm of proof-of-work, the Chia network lies on “proof-of-space-and-time.” Thus anyone can mine XCH on a single computer and store information over a span of time. So if you want to earn XCH, you will need to allocate space on your computer’s hard drive for the network to run.

It is one of the cheapest altcoin with potential. Chiliz works in the NFT (non-fungible token) space, which has become the current global digital token aspect. Such blockchain-based tokens are validation of ownership of virtual or physical assets. Most of these tokens are presently built on the Ethereum platform.

CHZ is the digital currency for the Chiliz and “Socios.com” platforms and included in the low cost altcoins list for 2021. “Chiliz.net” is a tokenized sports exchange where crypto enthusiasts trade or purchase sports-branded tokens. It is now one of the leading blockchains in the esports area.

According to a recent study,

“Holochain is an emerging technology that provides an open source distributed network infrastructure to communicate securely without inheriting the huge storage and data exchange requirements like blockchain.”

As a result of that, many see HoloChain as a cheaper, and more extensible alternative to blockchain. Those who grant computing power and storage get rewarded with “HoloFuel” in return for extending extra space and computing power to host applications.

Next on our list of low cost altcoins and digital currency is VeChain Thor Blockchain, which is an enterprise level public blockchain platform. It provides supply chains transparently through the smart contract feature available in blockchains.

According to a recent study by Pietro Palamara of the School of Industrial and Information Engineering, the Polytechnic University of Milan, Italy,

“Vechain is a permissioned blockchain platform based on Ethereum blockchain, it was developed by the Chinese BaaS company BitSe, based in Shanghai and founded by ex-managers of IBM, Louis Vitton, and Alibaba. Developers of Vechain aim at completely eliminating the threat of the market of counterfeit goods, using the potentialities of smart contracts and blockchain technology.”

The best altcoin 2021 is the Zilliqa cryptocurrency. Zilliqa is the first public blockchain to apply sharding, which is a technique of partitioning to spread out the storage and computational workload across a P2P (peer-to-peer) network so that each node isn’t liable for processing the entire network’s load of transactions. Instead, each node only maintains data related to its shard or partition.

Crypto enthusiasts refer to sharding as

“one of the most promising solutions to scale blockchain.”

Since it can examine a large volume of transactions, enterprises are identifying their utilities. The platform also has Scilla which is its own programming language.

With the rise in popularity of digital currency and the rise in its valuation, people have started to identify cryptocurrency as a medium of exchange and investment. So above is a list of the 7 best low cost altcoins that beginners can consider buying and investing in.

Previous Is It Better To Choose Bitcoin Savings Over Bitcoin Trading?
Next What Do You Need To Know About Crypto Scams? 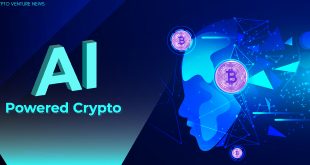 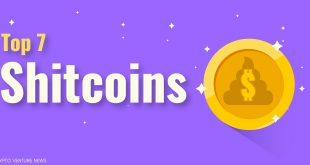 When it comes to digital currency, several projects provide little or absolutely no value to …