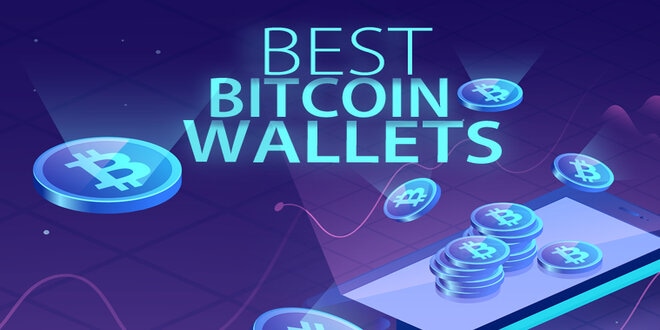 The crypto wallets, also known as the cryptocurrency wallets, permit you to generate unique addresses with the help of which you receive your crypto tokens. They also enable the users to send cryptocurrencies to other waller addresses using the blockchain and on a P2P or Peer-to-Peer basis. A private key secures the wallet address that enables the users to recover it in case it gets lost. There are several kinds of crypto wallets of which we are going to discuss about the best bitcoin wallets that permits the users to real-time cryptocurrency balances for their portfolios.

What Is A Bitcoin Wallet? How Does It Work?

A bitcoin wallet is a digital wallet that stores all the digital currencies, otherwise known as the cryptocurrencies and several other related assets. Basically, a bitcoin wallet is a software that has been built on the Bitcoin or other blockchain helping to generate addresses to and from which the transactions are sent or received. A BTC wallet promotes the p2p transactions between the cryptocurrency users.

A crypto wallet generates addresses for the wallet to or from which the digital assets or cryptocurrencies can be sent or received. An individual makes use of the other individual’s wallet address for sending the cryptocurrencies to the second individual. In such a case, the second individual has to have the private keys to the wallet address. The addresses and the keys are associated cryptographically and are secured to prevent hacking. For unlocking and spending those sent funds, the balances get reflected on both the wallets in use to permit transaction tracking while the users remain anonymous.

Most of the cryptocurrency wallets including the best anonymous bitcoin wallets use the BIP32 key derivation standard that facilitates the online wallets to generate new wallet addresses for all the incoming transactions and keep the change in a separate wallet improving the privacy of the transactions.

Some of the wallets also make use of the Pay-to-Script-Hash addresses (P2SH) that enables the users to create new addresses for receiving Bitcoins (BTC) and also to unlock the balances by abiding by a set of rules of using the private keys. These are commonly used in the multi-signature (multisig) wallets and the addresses will possess multiple digital signatures. The private keys prove the ownership of the funds.

However, the most common variant of wallet addresses are known as the Pay-to-PubKey Hash (P2PKH) addresses that are used to unlock the funds. For this, the recipient must use a private key that is associated with the public key and used to create the wallet address.

There also exists another kind of wallet that is not much talked about or mentioned. It is the Hierarchical Deterministic (HD) wallets that uses a master key and individual sets of the private keys for each of the wallet addresses in the crypto wallet.

Exodus is one of the online best Bitcoin wallets UK that is the perfect choice for the diversified multi-crypto holders. It permits the users to receive live price charts for the cryptocurrencies. Real-time or live charts help the users to monitor the crypto market movements even on the go using their mobile phones. This will also help them to make a proper decision for selling or buying to add their portfolio before it gets too late.

Similar to the Exodus crypto wallet, the Mycelium wallet offers direct and one-on-one control of your cryptocurrency private keys and they will remain in your device. You are also permitted to lock the wallet using a secure pin. It permits the users to operate multiple accounts and then reuse those addresses. It is best for the crypto traders and the diversified hodlers.

Trezor is an offline hardware wallet or cold storage that can be used to store over 100 cryptocurrencies offline and away from the risk of internet connections. It permits the users to sign as well as verify the transactions offline utilizing the physical buttons of the device prior to transmitting the transactions into the network via exchange or send.

It can be utilized to store large amounts of the cryptocurrencies offline making it more useful for the custodian applications by the cryptocurrency companies, the exchanges etc. It is one of the top cryptocurrency wallets as it enables the individuals to manage their portfolio as well as send and receive crypto securely. The crypto wallet is ideal for the institutions, groups, exchanges, organizations and the custodians.

The Electrum wallet is one of the best Bitcoin Wallets for the investors and the traders who are pretty experienced in crypto. Similar to many other software wallets, this top cryptocurrency wallet creates a local backup of the key on your device. Thus, your private key stays on your device. This means that it is much more secure. Additionally, the wallet is encrypted and secured with a password.

The user receives a 12-24 keyword recovery phrase that is used to recover the wallet. You will also be able to recover the coins that are stirred in it in case of a mishap that the computer crashes or you lose the machine somehow.

The Wasabi wallet is best for the transparency conscious users as it uses an integrated CoinJoin transaction mixing type for concealing the identity of the ones receiving and sending the transactions. Simultaneously, it also integrates the Tor network for reserving further transaction anonymity. The best part is that the wallet efficiently lists all the individual UTXOs or the unspent transaction outputs. Thus, the history of the transactions remain clearer.

The users have to manually click on each of the UTXOs or select a coin in order to spend it. In this way, it discourages the combination of the private and non-private coins in one transaction as it happens regularly. This might decrease privacy in automatic coin selection algorithms.

Opolo hardware wallet is best for the cryptocurrency hodlers and the beginners of the hardware wallets. It is in a pre-order stage where it uses an EAL 6+ rated chip for securing the cryptos of the users. Most of the current hardware devices possess EAL1 to EAL5 category of chips. It is also audited by the external companies like the Digital Security Paris and it is verified as capable of helping to secure the IoT devices.

Cobo is a software HD wallet that is completely cloud-based and is best for the dApp users, developers, gamers, holders, stakers. It permits the users to save the private keys to their crypto holdings on their mobile phones, import the seeds from the other wallets, verify the transactions with the QR codes and secure the wallets with the passwords as well as 2FA or Two-Factor Authentications. It allows the users to access the dApps, stake their cryptocurrencies for earning more. Additionally, they can store, send and receive crypt coins.

The BitBox hardware wallet or Shift Crypto is ideal for institutions and custodians, groups, exchanges, etc. It lets the users store their crypto private keys offline. It comes with an application and a desktop BitBoxApp that permits the users to manage the coins in their portfolio. The app possesses an in-app guide on cryptocurrency and how to use the hardware wallet. The wallet features an OLED display as well as touch buttons that permits the users to manually and physically sign transactions including all the offline transactions.

Ledger is best for the groups, organizations and the companies. It is the best crypto wallet in India. The Ledger Nano S is a hardware wallet and most common amongst the cryptocurrency users who are looking forward to storing large amounts of the cryptocurrencies including Bitcoin. It is considered to be one of the best bitcoin wallets supporting multi-cryptocurrency. Now, it comes with a mobile wallet named as Ledger Live App for helping the users to manage cryptocurrencies on the go.

This wallet makes use of EAL5+ certified chips for securing the cryptocurrencies and is certified by the ANSSI. It enables the possibility to sign or verify the transactions offline using the physical buttons located on the device. This is done while sending the coins.

BitPay is very popular for the merchants of the outlet and retail stores who are willing to accept payments in the cryptocurrency in addition to tracking the value of their crypto. With it, the merchants can also expand globally and avoid the chargebacks and the ID theft. The wallet pretty much works with the prepaid MasterCard Debit cards for permitting for the easier crypto to fiat conversion.

This is a non-custodial decentralized wallet that is best for the staking community and the holders. It enables the users to own and store the private keys on their local devices while managing their cryptocurrency assets. Even the company had launched an Atomic Wallet Token launched two years ago. It is used for the cashbacks, affiliate airdrops, for staking in the wallet and bounty programs. Atomic Wallet is often included in the best Bitcoin wallet Reddit threads.

Bitcoin Cash wallet or BitcoinWallet is best for the cryptocurrency traders who want to store Bitcoin and Bitcoin Cash. The wallet possesses the tools that the users need to spend their digital currency exactly the way they want. For example, they can spend their coins at the outlets and the merchant stores or the ATMs that are already listed in the app.

Alternatively, the users can also trade in-app and can convert these assets into the integrated stable coins for saving themselves from the volatile movements and reconvert the assets back anytime they wish to trade.

One of the best Bitcoin Wallets. The Green Address is considered to be ideal for the multi-signature group users. It permits the users to store Bitcoins that can be secured with the 2FA or two factor authentication as well as the multi-signature technology. The private keys are additionally stored locally on the device of the users. Another security feature permits the users to log into their wallets in a watch-only mode that never loads any cloud-stored or local keys. Thi makes it secure for the users to keep a watch on their transactions and even balances when they are using the public Wi-Fi or the Internet.

Best Bitcoin Wallets In A Gist

Here is a compact table that compares the top BTC wallets for your ease.

The hardware wallets or the cold storage is considered to be the most secured and the best crypto wallets that permits offline signing of the transactions. But it is a fact that they are very expensive. The best mobile bitcoin wallets can be considered as some of the best Bitcoin wallets as they enable the users to store, send, receive and manage the cryptocurrencies on the go.

Previous An Easy Guide On How To Use Crypto Market Cap Calculator
Next Which Important Gaming Crypto Tokens Have Gained Popularity These Years? 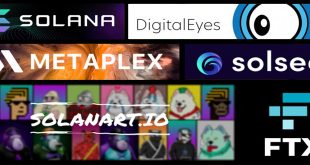 CoinSwitch Kuber Vs WazirX: Choose From The Best 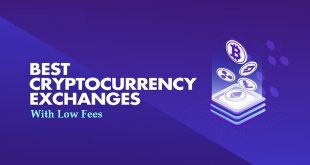 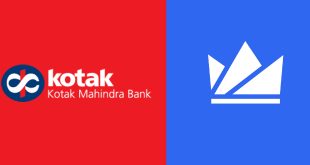 Kotak And WazirX Partnership Takes The Big Risk this Time

The Indian crypto space encountered a lot of hurdles, mainly in the form of the …