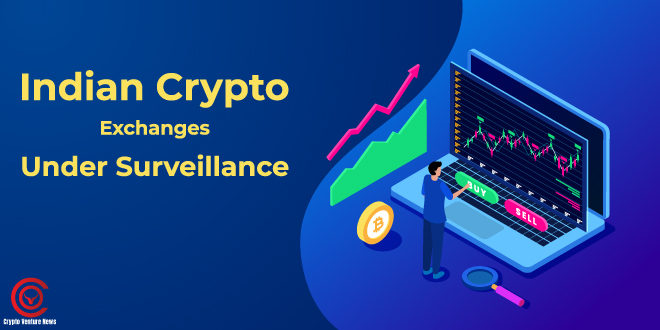 Know Why Top Indian Crypto Exchanges Made To The Radar

The crypto domain is highly volatile just like the market, therefore, there are numerous updates and developments on the same every now and then. Today, major Indian crypto exchanges faced a huge blow from the Enforcement Directorate (ED) as they were sent notices for infringement of the Foreign Exchange Management Act (FEMA). The list includes some of the top crypto exchanges in India such as CoinDCX and CoinSwitch Kuber. This rightly reminds us of a year-ago incident of the same violation for which the central agency initiated a probe into ZebPay, which was then considered to be the best cryptocurrency exchange in India by its loyal followers.

During the probe, ED will be focused on knowing whether these crypto exchanges are indulged in the aforementioned violation. After early investigations, the notices were sent to crypto exchange platforms that were found significantly suspicious. Thereafter, the case was registered under the ED’s Bengaluru branch.

The aforementioned case is based on the information gained from Sumit Gupta, the CoinDCX Founder, who became a part of the probe earlier this year. Sources also revealed that Gupta had disclosed significantly relative information on the matter to the ED.

Statements By These Indian Crypto Exchanges

A  statement by CoinDCX India that was quoted by IANS states that  “the ED has sent notices to major exchanges in India seeking information and data on how platforms work. As required, we have shared all necessary information to the satisfaction of the department and no subsequent action is pending at our end.” This comment confirmed that the popular crypto exchange network has indeed been sent the notice. However, no negative disclosure has yet been made by the department for CoinDCX, so its supporters and loyal followers can be relieved for a while.

Further, a  representative from CoinSwitch Kuber also affirmed the news of notices being sent as they said they often receive multiple queries from government agencies. However, they have always approached towards attaining complete transparency. Further, they believe that the crypto space is a fairly new entrant in the business world but still has an immense amount of potential, therefore, they try to constantly be engaged with the stakeholders in the domain. Just like CoinDCX, there is no negative update for this exchange. However, we don’t know if such developments ensue for these two exchanges, so it is better to be prepared for the worst as well.

Earlier in the last week of December 2021, the Directorate General of GST Intelligence (DGGI)  initiated a repressive move against the Indian crypto exchanges. The sole reason for this action was that crypto exchange platforms were suspected of evading the Goods and Service Tax (GST), which was worth over crores. Prior to this, the DGGI even caught hold of unfair business practices undertaken by WazirX, a major crypto exchange in India. Therefore, this was the second blow to the crypto domain last year. Further, tensions about crypto regulations and framework formulation intensified, making the situation worse. All these factors seemingly revolutionized cryptocurrency trading in India.

ANI, a popular news agency, quoted a statement from sources that said:

“Around half a dozen offices of Cryptocurrency Service providers have been searched and massive Goods and Service Tax (GST) evasion has been detected by DGGI.”

Therefore, it indicated that the majority of crypto exchange platforms were under the radar. The list also included CoinDCX and CoinSwitch Kuber, indicating that this is not the first time it has been investigated by government regulatory bodies.

During individual raids by the DGGI and Mumbai CGST departments, GST evasions worth INR 70 crores had been detected. Moreover, the crypto providers who were at fault had to pay INR 30 crores as GST. Moreover, they also had to part with INR 40 crores as interest and penalty for not complying with the statutory regulations laid under the GST act.

Last year in June, WazirX was investigated for having violated the FEMA laws. ED had accused the crypto service provider of infringement of the aforementioned law for conducting crypto transactions and deals that were worth over INR 2,790.74 crores. It was found that WazirX users utilized its pool account and received crypto from Binance accounts worth about INR 880  crores. Moreover, a huge amount of crypto worth INR 1,400 crores was also transferred to Binance. The surprising fact here was that there was no record of these transactions on the blockchain for auditing or investigation purposes. However, it wasn’t determined if the transactions were based on Binance India accounts.

A quick reminder for you is that CoinSwitch Kuber and CoinDCX have not yet been proven guilty. However, a further probe by the ED might change the scenario for these Indian crypto exchanges in the future. Therefore, it will be interesting to keep an eye on the case and focus on every minute development that is made public. 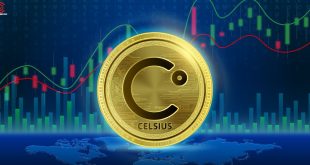