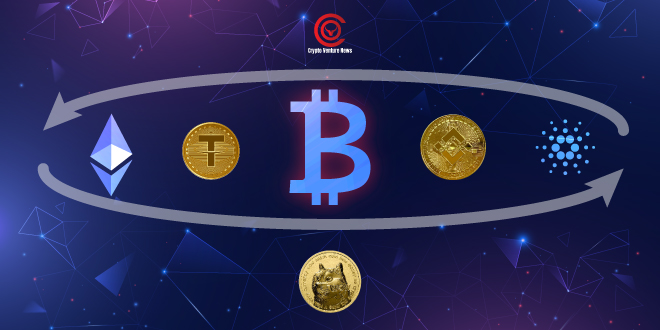 The month of July was literally a roller-coaster ride for the market. On one day the market was in the ‘green’ and the other day it would extend into losses. Due to so many events, price actions, news, and updates, in the sector one might be missing out on important developments in the digital currency domain. Therefore, we have provided a Crypto July 2022 Update so that important price actions and developments can be summarized in one place. The article will focus on the 10 top crypto coins of the crypto market.

The top crypto coins have been sorted according to their ranking on the popular crypto price-tracking website, CoinMarketCap. Their performance in the current month has been summarized at large with some minor segments featuring important cryptocurrency updates concerning them.

The list of 10 top crypto coins would indeed be incomplete without special mention of the first and largest cryptocurrency, Bitcoin (BTC). The crypto giant saw a gain on Saturday and therefore wrapped up the week with an uptrend. However, the magnitude of increase in value was not that large compared to that of Thursday. The BTC token was up by 1.53% and traded at $24,004.39. The market capitalization of the crypto stood at $458.46 billion, up by 1.43%. However, the 24-hour trade volume of BTC saw a great slump as it decreased considerably by 20.93% to $32.09 billion.

BTC opened the month with a value of $19,820.47 and gained 25.19% till Saturday. In the last week, it managed to gain 5.76% despite its initial red sessions. The crypto behemoth also in the week surged when the news of the slower pace of Fed interest rate hikes came in. This was one of the main reasons why it managed to increase by over 25% in July.

Ethereum (ETH), the second-largest cryptocurrency, did outperform its biggest competitor this week as well. Moreover, it too was in the ‘green’ towards the end of the week. The ETH token was up by 1.78% and traded at $1,708.27. The market capitalization of the crypto stood at $207.8 billion, dropping by 1.71%. In contrast, the 24-hour trade volume of ETH saw a significant decline as it was down by 20.50% to $21.19 billion.

Since Tether (USDT) is a stablecoin backed by the U.S. Dollar there was almost no change in its value by the end of the week. As of Saturday, the USDT token’s value remained unchanged and stood at $1.00. The market valuation of the crypto was at $65.84 billion, losing 0.01% value. However, the 24-hour trade volume dipped by 17.82% and was at $65.8 billion. The weekly gain for USDT crypto stood at 0.02% while it gained 0.12% in the entire month.

USD Coin (USDC), the digital dollar, is also based on the U.S Dollar but still saw a minor hike when it was time to wind the week up. On Saturday, the USDC crypto first declined from $1 to $0.9992 and then went all the way back up. The USDC price did remain stagnant at $0.9999 for a while, representing a 0.03% gain. However, the market valuation of the USDC token stood at $54.5 billion, dropping 0.28% value. In line with the drop in market cap, the 24-hour trade volume slumped by 19.56% and was at $7.74 billion. However, it reported a loss at the end of the week. The weekly gain for USDC crypto stood at 0.02% while the monthly loss was 0.01%.

The native token of the popular crypto exchange, Binance, also made it into the list of top crypto coins owing to its stable nature and market capitalization. It also saw an upward movement towards the end of the week, in line with other major cryptocurrencies.

Cardano (ADA), the Yoroi Wallet hero, also saw a green performance like that of many others on the list. The ADA crypto was up by 1.03% and traded at $0.5302 on Saturday. The market valuation of the token stood at $17.9 billion, up by 1.60%. But the 24-hour trade volume of the ADA token declined considerably by 33.39% and was at $1.2 billion. Over the week, ADA rose by 10.85% in value. The gain would have been much higher if it could have survived the two crypto crash sessions that hit the market this week. In the month, it surged by 20.63%, which is decent enough considering the vulnerable market conditions.

Last week, news broke stating that U.S. Congressman Brad Sherman, also the Chairperson of the House Financial Services Subcommittee on Investor Protection, recently requested the United States Securities and Exchange Commission (SEC) to chase major crypto exchanges listing XRP. It was a move concerning the debate of whether XRP is a security or not. Since the SEC believes that it certainly is a security, Sherman urged such action from it. Thereafter, this week, SEC probed into Coinbase to check whether it lists securities on its platform or not. Both these events are thought to be connected to each other.

Binance USD (BUSD), another stablecoin that operates on the U.S. Dollar, was launched by Binance to give competition to other dollar-backed coins. However, this crypto saw much higher fluctuations than any other dollar-back cryptos on the list. The BUSD coin was up by 0.08% and traded at $0.9997, below the $1 mark on Saturday. The market cap of the BUSD token stood at $17.8 billion, increasing by 0.14%. However, the 24-hour trade volume dropped significantly by 18.00% and was at $7.9 billion. The BUSD crypto lost 0.12% during the week but gained 0.13% in the month.

The only meme-frenzy crypto that made it into the list of top crypto coins was Dogecoin (DOGE), the King of meme coins. This dog-faced crypto managed to see an increase that was considerably higher than that of many others on the list. The DOGE token was up by 4.02% and traded at $0.07176 at the end of the week. The market valuation of the crypto stood at $9.5 billion, up by 4.02%. In addition, DOGE saw the lowest decline in 24-hour trade volume. Its volume was down slightly by 2.83% and was at $754.26 million. Over the week, DOGE increased by 7.92% and in the month it was up by 13.94.

Earlier last week, the aforementioned crypto prices were in the red. Therefore, the trend has changed largely according to the current situation.

The Crypto July Update has now been wrapped up and hopefully will help you in understanding the monthly performance of prominent cryptocurrencies. The top crypto coins mentioned above are currently ruling the cryptocurrency market and might continue to do so until any major development strikes. We aim to continue providing such market round-ups by the end of every month so that you can know of any detail that you might be missing out on. 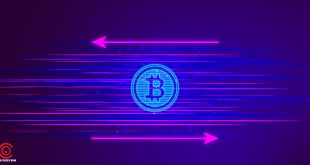 Leaving Crypto On Exchanges: Safe Or Risky? Read To Know 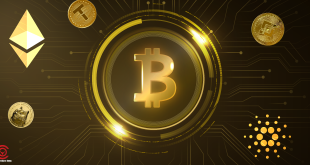 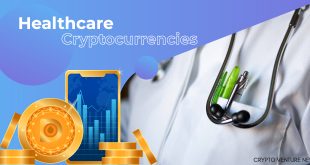 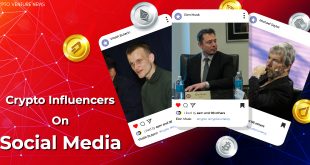 The crypto world has a lot more to offer now. The access, reach and capacity …