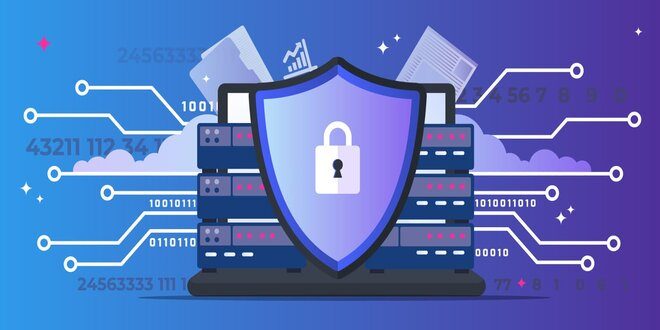 Blockchain Security: The Definition & Its Importance In Cybercrime

Proponents of blockchain which is a distributed ledger technology claim it to be among the best ways to safeguard transactions. How exactly does blockchain security work for government agencies and business networks, beyond transaction and traditional processes?

The blockchain technology has been in effect since around the year 1991. The primary discovery of blockchain was limited to the transaction of currency but in 2014, it witnessed the latest developments and ability in other inter-organizational and financial transaction spaces where the latest opportunities were discovered. And presently, in the last couple of years, the adoption of this technology has increased hugely across the globe in every industry for varied use cases and deployments.

Presently, organizations are taking the advantage of the blockchain technology for handling distributed databases, cybersecurity, digital transaction, and healthcare to create blockchain based solutions for their users. The initial advantage of using this technology is that it makes sure of the security in transactions because of its cryptographic principles, decentralization, and consensus.

A latest report asserts that the global blockchain space is predicted to be valued at $20 billion in 2024. Presently, 69% of banks are exploring varied lanes related to the blockchain technology to make their services consistent, safer, and straightforward.

While blockchain’s adoption has brought many benefits for global organizations, it has also brought in many cybercriminals to get inside the technology and target organizations with cyberattacks. In the present year, blockchain security has become an important part of the working of the organization that is keeping them standing on their knees in the space of hacking and cyberattacks attempts.

In the full guide, we will be having a look at blockchain technology, how its operates, and how to secure it from cyberattacks with the best practices.

What Is Blockchain And How It Operates?

Blockchain is a technology that enables users and entities to store and process information with the structured distributed blocks that are present as a blockchain network. Every latest block stores a transaction or a bundle of transactions that is linked to the previously accessible blocks in the form of a cyptographic chain.

Blockchain operates as a distributed network that enables organizations to connect to it through nodes for the storage and processing of data. The data that is stored in the blocks can be availed with verification, consensus, and validation by the real entity that wishes to store or process the data. We have witnessed many scenarios in the last few years where blockchain solutions were targeted with cyberattacks and data theft, which enables this technology to be non-immune to cyberattacks even taking into account its default storage security factor. Here are some instances of the latest cyberattack on the blockchain.

In a gist, blockchain security is a comprehensive risk assessment procedure that is done for the purpose of blockchain solution or network to look after its security. Blockchain security is attained through the implementation of cybersecurity structures, secure coding practices, and security testing methodologies to protect the blockchain network from online breaches, frauds, and other types of cyberattack.

1. How secure is a blockchain?

Blockchain technology is safe as it is completely distributed and decentralized. There is no single stance of failure, which enables it much harder to corrupt. Hacking into one portion of the system cannot have an impact on other parts. This prevents users from making alterations to the ledger.

2. What is blockchain in cyber security?

Blockchain, which is a DLT (Distributed Ledger Technology), is aimed at formulating trust in an untrusting space, making it a highly strong cybersecurity technology. All nodes can pass along, record, and view any transactional information that is encrypted onto their blockchain.

3. Can blockchains be hacked?

We have witnessed many scenarios in the last few years where blockchain solutions were targeted with cyberattacks and data theft, which enables this technology to be non-immune to cyberattacks even taking into account its default storage security factor.