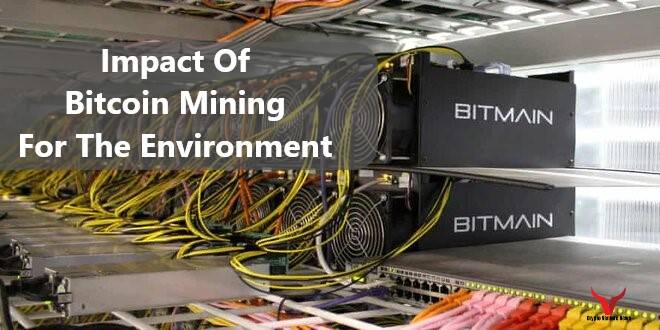 Digital currencies have come a long way from their ambiguous origin. While the mainstream financial sector once termed cryptocurrencies as tools for speculators and criminals, the industry has made good progress in proving itself as an authentic and world changing arena. But despite that, there are significant environmental issues that are caused by cryptocurrencies like Bitcoin. Now you may wonder, is crypto mining bad for the environment? In this article, we will discuss the impact of Bitcoin mining for environment debunked.

Ethereum and Bitcoin have witnessed huge growth in both users and price, but there are still doubts regarding the environmental consequences that are caused by these digital currencies. In particular, many environmental enthusiasts and skeptics have raised concerns regarding the energy consumption of Bitcoin mining.

The heavy usage of astronomical energies is due to the competitive nature of the PoW (Proof of Work) blockchain. Instead of keeping the balances of the accounts in a central database, transactions in cryptocurrencies are stored in a distributed network of miners. These specialized computers conduct a computational race to keep a record of the new blocks which can only be developed by solving complex cryptographic algorithms. In this same way, Bitcoin mining is conducted.

This system was first formulated in the Bitcoin network believing that this system is of much more advantage than that of centralized currencies as it is not dependent on any intermediary. But with advantages come disadvantages and in this case, the mining process engages a lot of electricity.

Bitcoin is the most popular digital currency and it consumes 121 Terawatt hours of electricity every year which is more than the electricity consumption of Argentina in a year. One major issue of the environmentalists is that the process of mining starts to become inefficient as there is an increase in the price of cryptocurrencies. There is a bad impact of BItcoin mining for environment.

All of the above mentioned factors have combined to link digital currencies with fossil fuels in a way that many investors still have to acknowledge. According to research, till June, around 65% of the Bitcoin mining was carried out in China, a country that gets most of its electricity by burning coal.

Fossil fuels and coals are presently the major electricity source globally for both Bitcoin mining operations and other industries. However, coal burning has a significant impact on climate change because of the carbon dioxide that is produced through the process. According to a report,

“Bitcoin mining accounts for about 35.95 million tons of carbon dioxide emissions each year—about the same amount as New Zealand.”

Other Impact Of Bitcoin Mining For Environment

There are other harmful effects of Bitcoin on the environment. Along with the huge consumption of energy, cryptocurrency mining also advocates a good amount of e-waste as hardware becomes outmoded. This is more appropriate for “Application Specific Integrated Circuits” specialized hardware for conducting the process of mining for most of the digital currencies.

Unlike other computer hardware, these cannot be reused for any other reasons and they become outdated very quickly. According to a report the waste generated by Bitcoin every year is between 8 to 12 thousand tons.

The immersive cooling technology might be helpful in the transition to the zero-emission Bitcoin mining or BTC mining, as per a member of the Bitcoin Mining Council, Hass McCook. Known by the name Friar Hass, he believes that the industry is right on the track of hitting the goal by 2030.

This immersive cooling technology involves the submerge of Bitcoin Mining ASICs into a special cooling fluid that absorbs as well as recycles heat from the data center. This method increases productivity.

Earlier, the Bitcoin mining company named Riot Blockchain had announced that it would be developing 200 megawatts of infrastructure based on the immersion cooled Bitcoin mining at its Whinstone Facility. The company had conducted a preliminary test for the same. The result stated that it expects the hash rate to be increased by 25% and the ASIC performance by upto 50%.

“By submerging Bitcoin Miners in liquid, heat and noise is reduced by 95% and we can recapture up to 40% of the heat and convert this to power. Bitcoin will be 100% green by 2024,” he added, “No other system will be more green.”

However, McCook does believe that Bitcoin mining will go green in future and Bitcoin can become Carbon neutral, but he is optimistic about the time frame. He said,

“I do believe by 2030 it’ll be zero emissions, but I think 2024 is a bit ambitious,” he said. “And I think that immersive cooling tech might be part of the move to green.”

“So, in terms of sustainability, you get durability, and you don’t have to manufacture as many of these things,” he added.

FAQ On Bitcoin Mining For Environment

1. Is mining bitcoin bad for the environment?

Bitcoin mining generates a significant amount of electronic waste (e-waste). The reason behind this is that Bitcoin mining is conducted with specialized hardware that can be used once and that becomes obsolete roughly every 1.5 years.

2. What is Bitcoin mining environmental impact?

According to the report, increases in the price of Bitcoin have led to an “astronomical” surge in the emission of carbon dioxide. This is the impact of Bitcoin mining for environment.

The time taken to mine 1 Bitcoin is 10 minutes.

4. What is the most environmentally friendly Cryptocurrency?

Cardano (ADA) is the most environmentally conscious digital currency, which uses that platform to enable transactions to take place. It has less impact on the environment because it is created on the proof-of-stake idea, rather than proof-of-work.

Previous The 4 Most Important Cryptocurrency Stocks You Should Know About
Next Amazon To Accept Crypto? Important Things You Need To Know 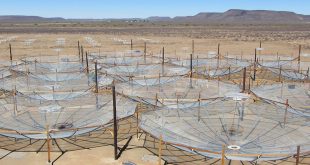 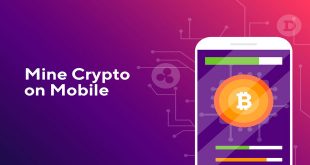 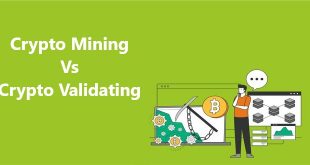 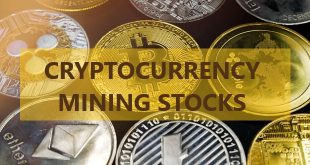 The crypto ecosystem is expanding and innovating all the time, making it an attractive space …