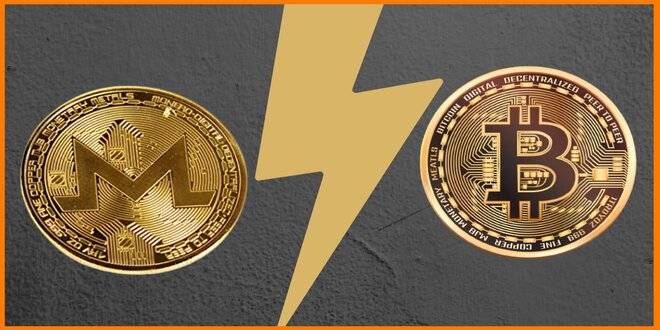 Monero Vs Bitcoin: Can The Best Be Replaced By Monero? 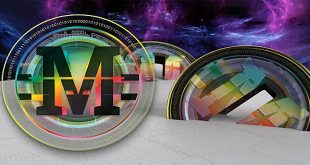 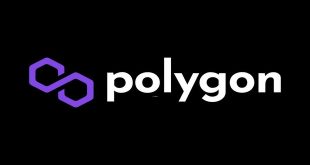 An Easy And Detailed Description About The Polygon Cryptocurrency

When somebody says “Bitcoin” what is the first thing that comes to mind? For many, it is about privacy, the ability to fulfill a transaction without any information being disclosed. Bitcoin was the very first digital currency and is presently the top as per its market cap. But this cannot work without its competitors. So today we will do a comparison on Monero vs Bitcoin and will see how both these are different and which is ideal for investment today. We will have a look at some of the Bitcoin and Monero news.

Contents hide
1 Monero Vs Bitcoin: An Overview
2 Monero vs Bitcoin: Advantages And Disadvantages
3 Is Monero Only Used By Criminals?
4 Verdict
5 Frequently Asked Questions On Monero And Bitcoin Comparison

Monero Vs Bitcoin: An Overview

Well BTC (Bitcoin) is a digital currency that was started in 2009. The supply of BTC is fixed to 21 million tokens and these coins are being used gradually via mining of Bitcoin. Even though Bitcoin is an undisputed champion when it comes to the complete market cap and also the volume of trading, XMR (Monero) offers something that is unique as it is a coin that is highly private. So taking into account all the features that these cryptos offer, it is essential to conduct a comparison on Monero vs Bitcoin. Without any further delay let us begin.

To start with, let us have a look at the most important point, Monero vs Bitcoin privacy. The transactions of Bitcoin are not connected to personal data but are connected to your wallet. With a little analysis, it is completely possible to uncover the identity of a person by looking at the patterns, time zones, and other key sections of data. This could be a big issue in varied situations.

For instance, let us assume that you are visiting a space with a high rate of crime and decide to make a payment with BTC. Even though the recipient of the payment cannot view your personal data, they can know the amount of money you hold in your BTC wallet. If that balance that you hold is high, this transparency could pose a risk to security.

Another instance is a business that pays its suppliers with BTC. The suppliers can see how much currency that business carries and guess whether they are price-sensitive, which could highly affect negotiations. The supplier could also reveal other types of sensitive data, like what other suppliers the entity does business with.

On the other hand, Monero has the ability to mix up the transactions to make sure that users can keep their anonymity and keep all their transactions from being traced by just anyone. As a privacy crypto, the user of the XMR crypto extends beyond illegal online activities. While some argue that this crypto is used for only illegal activities, others condemn the fact. In this article, we will also see if it is only used for criminal activities or normal people also use this. This can indeed be the next big cryptocurrency.

Monero and Bitcoin use varied mining algorithms, with Bitcoin mining using the SHA-256 algorithm, and Monero mining is done by using GPU Mining (Cryptonight). This forms a few discrepancies among the two; for instance, the Bitcoin algorithm operates on much quicker custom mining chips called ASICs, (application-specific integrated circuits). At first look, this may seem like an advantage- especially if you can invest in an ASIC computer for the purpose of mining – but it does pose some issues.

ASIC computers have a great benefit compared to CPU and GPU equipment as more computing power. This makes it baseless for miners to attempt to employ any other type of computer when ASICs are being used. Having a huge number of ASICs functioning also formulates a group of miners in different parts of the globe that have low energy costs, as these units consume huge quantities of power.

Monero mining is formulated in such a way that the ASIC computers do not have much of a benefit over ordinary computers. As a result, normal people can use a simple CPU and initiate mining right away on their computer, which allows the process to be more user-friendly. But there is a huge difference in Monero vs Bitcoin price.

The BTC network can get busy, and BTC has the maximum block size, which can slow down the transactions during stiff times. Paying higher transaction fees can raise the speed, but this can get pricey.

Monero on the other hand offers an adaptive block size limit, so if the volumes of transactions get high, the block size can automatically increase. This is a vital advantage for digital currency users, as with some recipients needing double verification, transaction times can be highly delayed. These can be said as per the Monero vs Bitcoin chart.

One of the most important advantages that have led to the mining of Monero is that it offers higher privacy and security than other cryptos. This advantage may get even stronger in the upcoming times with the enhancement of passive network monitoring. Developers are presently operating on an “invisible internet project.”

The project would safeguard the users from passive network monitoring. For instance, people would not be able to snoop in the system and try to learn more regarding transactions and the identities of every user. The prevailing system is very private, but this added safeguard would offer added protection as well.

Monero vs Bitcoin: Advantages And Disadvantages

Beyond the age-old discussion of privacy, there are some advantages and disadvantages that are associated with both of these digital currencies.

Normally, transactions on the blockchain of Monero can take nearly 20 minutes, which implies this altcoin is not really practical as a way of payment. The blockchain of Bitcoin averages out at nearly 10 minutes. Even though this is still far slower than more mainstream altcoins such as Mastercard and Visa, it does amount to a sizable development.

One way Monero rescues itself is via transaction fees, which are considerably cheaper than those of the biggest cryptocurrencies across the globe. Generally, XMR can be sent for a few cents, whereas relying on levels of congestion, BTC can be 20 times more.

And to come back to the problem of privacy, let us just have a look at fungibility. This mainly implies that how an asset has been availed in the past cannot be traced. XMR is fungible as how these funds do not have a trail, whereas each BTC has a unique identifier that implies its journey since the inception of the coin can be traced.

Is Monero Only Used By Criminals?

A common question that arises in the minds of all when it comes to XMR is whether criminals frequently use this privacy coin to aid their illicit activity. At the beginning of this year, research from Chainalysis predicted that BTC remains the digital currency of choice mainly because it is easier to use.

However, in recent times, there has been a highlighted rise in the number of darknet markets that do take XMR. This has been a tension for governments.

Sadly, the evolution of ‘mixing services’ for BTC which blend tainted crypto with proper assets has implied that many criminals still have a route to cover their tracks. The IRS has also shown interest in tackling this issue.

Let us see where this comparison on Monero vs Bitcoin arrives. BTC was the first in the market and the digital coin that most people think about when they plan to give cryptocurrency a try. But it is not the only option that is available. Cryptocurrencies such as Monero are offering their users with specific requirements like privacy along with options for taking part in the digital currency arena.

Monero is an altcoin that is completely privacy-centric that addresses the concerns of privacy about BTC and enable users to do their transaction with greater security and mine without the expense of ASIC equipment.

1. Is Monero better than Bitcoin?

If privacy is your concern, then there is no better option than Monero. It is a highly private coin where there are least chances of your private data getting leaked.

2. Is Monero a good investment?

At the beginning of this year, research from Chainalysis predicted that BTC remains the digital currency of choice mainly because it is easier to use. However, in recent times, there has been a highlighted rise in the number of darknet markets that do take XMR. This has been a tension for governments. So it is a good investment option.

3. What is special about Monero?

After this Monero vs Bitcoin comparison, it can be said that Monero has the ability to mix up the transactions to make sure that users can keep their anonymity and keep all their transactions from being traced by just anyone. As a privacy crypto, the user of the XMR crypto extends beyond illegal online activities. 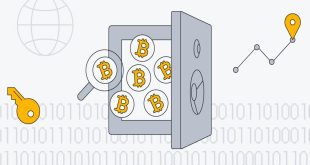 Bitcoin enables moving throughout the internet too easily, but anything easy also comes with a …